Attack on Titan (Japanese: 進撃の巨人 Hepburn: Shingeki no Kyojin, lit.
“Attacking/Charging Giant”) is a Japanese manga series both written
and illustrated by Hajime Isayama. The series first began in Kodansha’s
Bessatsu Shōnen Magazine on September 9, 2009, and it has been collected into
28 tankōbon volumes as of April 2019. It is set in a world where humanity lives
in cities surrounded by enormous walls that protect the humans from gigantic
man-eating humanoids referred to as titans.

Add these cool Attack on Titan figures to your collection! Choose between Eren Yeager, Mikasa Ackerman or Levi.

Only logged in customers who have purchased this product may leave a review. 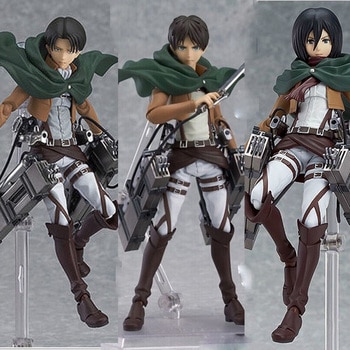